THE FENCE MEDIC, LLC
Privacy fences serve primarily to provide security and privacy in a world where houses are cramped as close together as possible. Common styles of privacy fences include the standard privacy fence, shadow box and horizontal style. 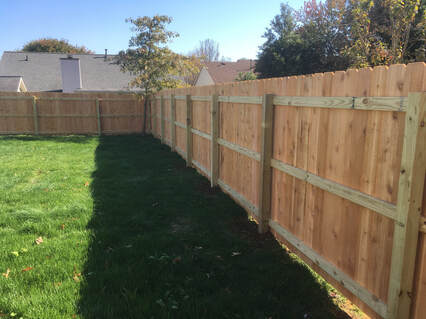 This is what most people think of when they think of a privacy fence. This style fence is commonly constructed with treated post set in concrete and treated 2x4 cross members secured to the post. The pickets are then attached to the 2x4 cross members and are commonly treated pine or untreated cedar. The most common style picket is the "Dog Ear" picket, which has the top edges of the board trimmed. Other styles of pickets can be special ordered. 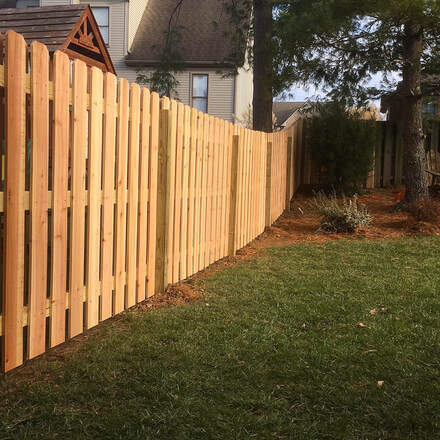 The shadow box style privacy fence is constructed similarly to the standard privacy fence with regard to the post and 2x4 cross members and overall height of fence. The difference with the shadow box style is that the pickets are spaced approximately 2" apart and the opposite side of the fence has the pickets positioned to conceal the 2" gap. The shadow box style is an attractive option for some due to the fence appearing the same on both sides. Shadow box style fences do take additional time to build properly due to each picket being adjusted so that the gaps are consistent and that each post is concealed on the front with a picket. After spacing each picket, the pickets are then installed with a level to ensure each picket is level and plumb to provide for a clean and uniform appearance.